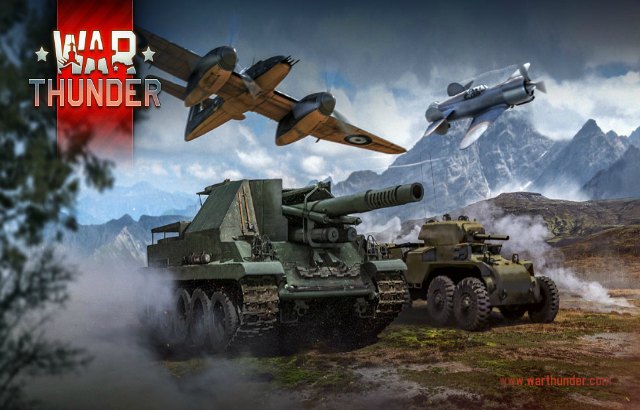 Gaijin Entertainment’s vehicular combat MMO War Thunder has launched the “Chronicles of World War II”, a series of in-game events recreating some of the most important battles of World War II. Between mid-April and Victory Day in May, players can take part in more than 40 of the biggest military clashes of the 20th century and earn four new and unique premium vehicles in the process. Available are the armored car T18E2 for the United States, the Lorraine 155 MLE.50 tank destroyer for France, the Whirlwind P.9 attacker for Great Britain and the TANDEM-MAI multipurpose fighter for the USSR. Apart from the exclusive vehicles, event participants can earn dozens of dedicated decals and decorations, which all will be available only during this year’s series.

All in-game events of the series are held in their historical chronological order, beginning with the German invasion of the USSR in 1941 until the final Battle for Berlin in 1945. Pilots and tankers will clash on the hot deserts of North Africa, fight along the narrow streets of European cities and hunt each other in the skies above the Pacific Ocean. Every day, six new events are available in all difficulty settings, through which participants can earn the “Chronicle Awards” necessary for unlocking the aforementioned content.

In addition to the exclusive rewards obtainable in the events, special bonuses including premium vehicles are also available by fulfilling tasks in War Thunder’sregular random battles and earning “Parts” in the process. With those, players can obtain decorative items and decals that were previously available only in specials and later also use them to unlock the premium lend-lease Matilda Mk. II infantry tank for the USSR and premium PV-2D Harpoon bomber for the USA. The number of tasks performed by all players of War Thunder is tracked on the game’s official website, and whenever it reaches a certain milestone, in-game participants receive awards and, ultimately, the blueprints to assemble both the tank and bomber for free.

More information about the events and obtainable awards, including historical and technical information on the unique premium vehicles, can be found on the official War Thunder website here: https://wt.link/chronicle