Warframe: Heart of Deimos To Launch On August 25th

Warframe: Heart of Deimos To Launch On August 25th 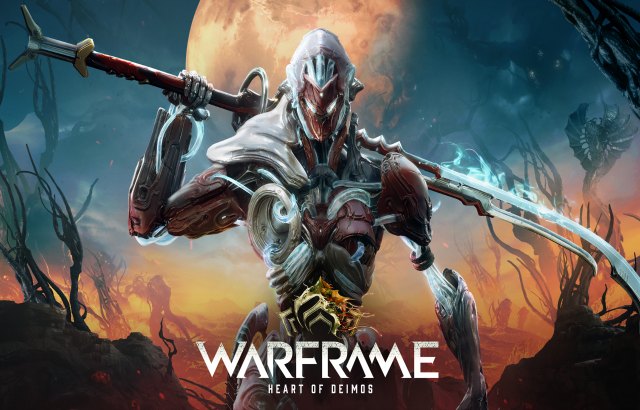 Canadian developer and publisher Digital Extremes culminated its first all-digital TennoCon, it’s fifth annual Warframe® convention, by announcing the Heart of Deimos open-world expansion and — for the first time for any of its major updates — a simultaneous system launch date of Tuesday, August 25 on all platforms (PC, PlayStation®4, Xbox One, and Nintendo™ Switch).

Weaving the grotesque and the beautiful, old and the new, the Heart of Deimos will propel Warframe into a completely new era — one that now starts with a Cinematic New Player Introduction and has three open worlds to explore. A living moon, the new open world Heart of Deimos unwraps the Infested factions’ murky, complex origins, unveiling the lost Entrati family and the marvels of technology and horror it left behind. With the Cinematic New Player Introduction, new and veteran players alike will feel like they are playing a significant part in a larger universe with greater consequences. And with the newly revealed Helminth Chrysalis System, Tenno can transform their space ninja by transferring Abilities between Warframes, kicking off one of the game’s deepest customization systems yet.

Heart of Deimos features a wealth of even more eye-opening features and surprises starting with 2020’s second Warframe, the imaginative community-designed, gender-neutral Xaku. Unveiled in Heart of Deimos, Xaku wields the power of the Void, assembled into a trio of different Warframe visuals and functions. Following in the footsteps of Protea, Xaku is the 44th Warframe.

On the moon surface, players will find themselves thrust into the sticky, pulsing, and terrifying hivemind landscape of the Infested faction, where nearly everything feels alive and connected. Giant towering wyrms, silhouetted against the darkened red sky, battle for control over night and day, while on the ground bulbous pods burst open with Entrati NPCs consumed and transformed by the Infested hive mind or a cadre of belligerent Infested creatures, ready to attack.

Underground, a series of procedurally generated networked tunnels and vertical spaces lead players to further explore the secret origins of the Infested and the twisted Entrati experiments. One remnant from the Entrati’s past works are giant, powerful ‘combat mechs’. These giant war machines might have served multiple purposes in the past but will play a key to players’ survival against a relentless enemy on their home planet. Players will fight against and in them!

Tenno will discover their K-Drives (introduced in Fortuna) upgraded to living ‘Infested hoverboards’, while re-experiencing open-world gameplay elements such as conservation, fishing, and Archwing flying and combat. Harbored on the second moon of Mars, Heart of Deimos is located early in the Star Chart progression, making it accessible for new players.

A charity event, a portion of all TennoCon proceeds will be given to Autism Ontario London and Alzheimer Society London and Middlesex (ASLM), each of which serves their communities with specialized services, education, and resources to make Ontario a better home for every kind of person. To donate during the event itself, visit Tiltify.com/. Players can attend Baro Ki’Teer’s Relay for extraordinary deals until Monday, August 3, and all players who log in to play Warframe will receive 2X Affinity from August 1-12 and 2X Credits from August 12-25. Heart of Deimos will ship on all platforms (PC, PlayStation®4, Xbox One, and Nintendo™ Switch) on Tuesday, August 25.