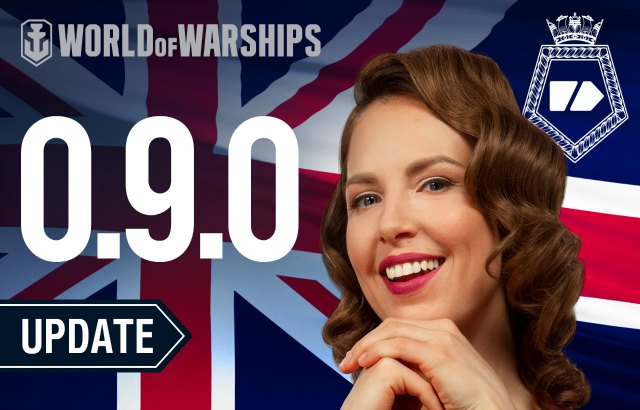 The mighty Royal Navy has expanded in World of Warships today with the deployment of a new series of British heavy cruisers. The new ships come as part of a new British Cruisers event, introducing British Tokens, new Directives and Random Bundles, which is going live with today’s update 0.9.0.

Wargaming will also be celebrating the upcoming Lunar New Year with exciting new content, including new Pan-Asian ships, as well as rolling out a new season of Clan battles season in the later stages of the update cycle.

The new British heavy cruisers come with a considerable amount of firepower which they utilize best at medium ranges. Also equipped with torpedoes, the cruisers’ survivability is considerable thanks to its strong armor distribution and effective Repair party. The British tokens may be obtained from Daily shipments or for completing Daily Missions and the four new Directives.

The second part of update 0.9.0 will bring Lunar New Year celebration to World of Warships with a theme from the classic Chinese novel Journey to the West. In celebration, three new Pan-Asian ships will be making their debut bringing with them unique commanders, flags, patches and permanent camouflages.

A select number of ships have been upgraded to premium status, allowing them to earn more credits for their owners once unlocked. These are the ARP Kongo, ARP Kirishima, ARP Haruna, ARP Hiei, ARP Myoko, ARP Nachi, ARP Ashigara, ARP Haguro and ARP Takao, as well as Southern Dragon and Eastern Dragon. Lastly, a new season of Clan battles will be introduced letting players take part in 7v7 battles on Tier X ships for the chance to win steel and other rewards.