You Can Now Play Call Of Duty: Black Ops 4 Blackout With A Free Trial

You Can Now Play Call Of Duty: Black Ops 4 Blackout With A Free Trial 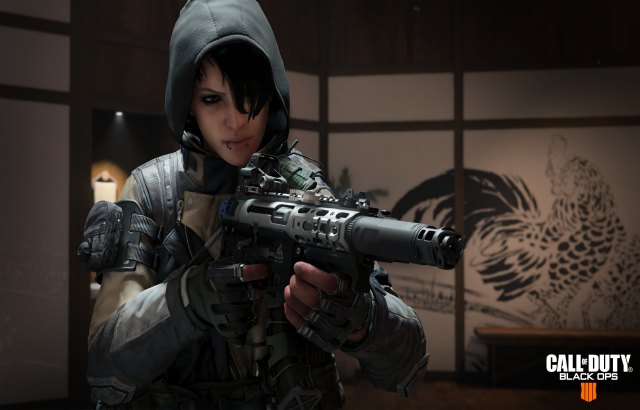 Blackout, Call of Duty: Black Ops 4’s popular battle royale mode, is now free to download and play across all platforms. Starting today through January 24, the Blackout Free Trial features all the intense action from the game mode that brings together characters, locations, weapons and gear from across the series with Black Ops signature gameplay fans know and love, all in the biggest map in franchise history. The Blackout Free Trial begins today on PlayStation®4 computer entertainment system, Xbox One, and PC exclusively on Blizzard Battle.net®, and will end at 6:00pm GMT, January 24.

“The community response to Blackout has been incredible, and we love watching how players have really made the mode their own, evolving game play to a new level,” said Dan Bunting, Co-Studio Head, Treyarch. “We can’t wait to welcome new players to experience the unique Black Ops style of battle royale in Blackout.”

Blackout allows fans to play solo, or join their friends in duos or quads, and battle across land, sea and air. Players will fight as a variety of characters in locations inspired by maps including Nuketown, Firing Range, Raid, Cargo and more, offering diverse gameplay action for every type of player.

“It’s amazing to see the amount of creativity and fun that our players have from the moment they start playing,” said Mark Gordon, Co-Studio Head, Treyarch. “Particularly as game developers, we’ve always been fascinated watching clips and streams of how fans play, and we can’t wait to see even more people jump into the action.”

All progress and earned in-game items are saved and immediately accessible once a player upgrades to the full game from the Blackout Free Trial.  Also, an exciting playlist will be live during the Trial called “Down But Not Out.” This mode is available for quads, and allows a player’s eliminated team members to wingsuit back into the game and re-join them in each new collapse except for the final circle. Down But Not Out is live now on PlayStation 4 system, and will go live on other platforms to follow.