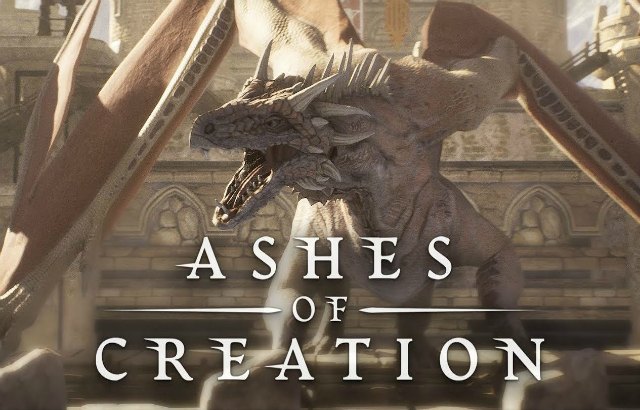 Ashes of Creation recently re-opened its battle royale testing ground Apocalypse last week for a day. The test was also held of Steam, which was a first. While the test brought in many players to check out the combat systems the MMORPG are testing, there’s still many parts of the Ashes community that thinks the Apocalypse BR should not be prioritized over the MMORPG, tests or no. As a free to play standalone game with cosmetic purchases, Apocalypse has its moments, but most folks on it are really just waiting for the MMORPG.

The good news is following that Apocalypse Steam test, Intrepid Studios dropped a brand new teaser video for the MMORPG. The video which you can watch below, shows “actual in-game footage” of all hell breaking loose. There’s dragons, and dinosaurs and siege combat – all coming together in a visually pleasing way. The problem is, it’s more of a cinematic show-off rather than highlighting any actual gameplay. Things are third person in perspective and it didn’t seem that anything was being played, to entice the viewing audience that some of these gameplay mechanics are coming along nicely. Either way, it’s a start and hopefully there will be more proper Ashes of Creation MMORPG teasers with actual gameplay coming down the line. There’s no word about the alpha still, and we hope that changes soon. Watch the teaser below.