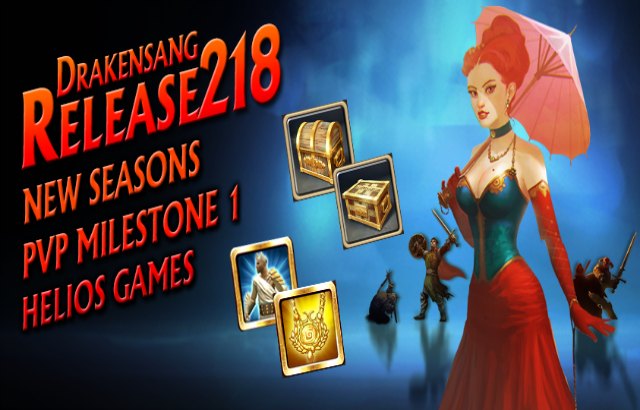 The much anticipated Release 218 is now live and available in Drakensang Online. Release 218 has updated the game’s PvP predominantly, with the addition of new systems, Seasons, rewards and more. Starting with the basics, there’s a completely new Battle Registration window that should make PvP easily accessible. In addition to this, a new Match-Cycles system has also been added for players to queue both Solo or in Teams.

Elsewhere, PvP season leaderboards are replacing the old ones for different battlegrounds in Drakensang Online. Now, the structure will show off the top players per season instead. For Team Death Match and Storm the Fortress modes, the sizes of players have been increased to 5, and decreased to 5 respectively.

Furthermore, PvP seasons have been added to the game. Leaderboard points can be earned during a season by participating in PvP battlegrounds. Only the 3 best battles per day and battleground type (solo or team) will be taken into account for the season leaderboards. Progress for the PvP Season progress bar can be collected whenever leaderboard points are earned.

On the PvE front, seasonal leaderboards are available too to progress leaderboard points. For all the changes that arrived with Drakensang Online Release 2018, check out the official patch notes here which goes into good detail about what rewards players can expect.