Crypto And Gaming: Enjin Coin Partners Up With NRG eSports

Crypto And Gaming: Enjin Coin Partners Up With NRG eSports 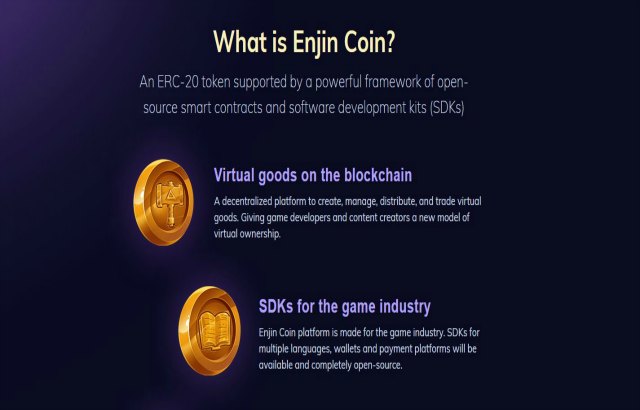 “We have been exploring the eSports market for some time now and have been waiting for the perfect partner.” said Maxim Blagov, Enjin Coin CEO. “The incredible success and rapid growth of NRG eSports since its founding, coupled with their organization meticulous focus on strategy and innovation that clearly represents the future of esports made them the obvious choice.”

NRG eSports will help evangelize Enjin Coin to millions of their fans – spreading brand awareness, educating them about the gaming cryptocurrency, and introducing them to the Enjin Wallet.

“NRG eSports will help us introduce Enjin Coin to a massive, engaged, hard-core gaming audience – and be the first in a wave of gaming organizations and communities that will use our technology to galvanize their fans” said Ilija Rolovic, Enjin Coin CMO.

The esports organisation will utilise Enjin Coin technology to create custom NRG-branded tokens, and distribute them to their fans as engagement rewards, to be stored safely in their private Enjin Wallets. NRG eSports gaming audiences will be able to use the acquired tokens to enter into raffles and win major prizes – trips to events or matches, gaming hardware, signed team or celebrity investor merchandise, pro-gaming training sessions and various tiered prizes based on the number of redeemed tokens.

About Enjin Coin: Introduced by Enjin, a Singapore-based social gaming platform, ​Enjin ​Coin ​is ​a ​new ​cryptocurrency ​​and ​smart contract ​platform ​that gives ​game ​developers, ​content ​creators ​and ​gaming ​communities the ​required ​crypto-backed ​value ​and ​tools ​for implementing ​and ​managing ​virtual ​goods. The ​Enjin social gaming ​platform ​will ​have ​full ​support ​for ​these ​tokens, bringing them to it’s 19 million users.

About NRG eSports: NRG eSports was founded by Andy Miller and Mark Mastrov, co-owners of the Sacramento Kings in 2015. NRG counts advisors Shaquille O’Neal, Jennifer Lopez, Alex Rodriguez, and Jimmy Rollins among its investors. NRG have quickly become one of the most-loved teams in North America, with an exciting blend of young, upcoming talent and established veterans.