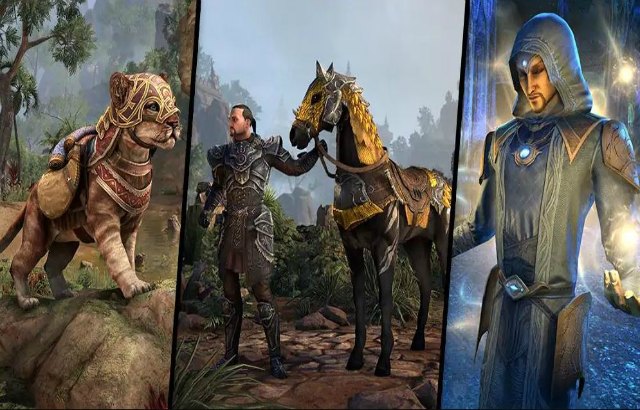 It’s a brand new month and that means The Elder Scrolls Online has yet another delectable selection of goodies to show off in the Crown Store. If you’ve been saving up those Crowns, here’s our top 5 picks to mull over.

If you’re new to ESO in 2019, you may still be catching up on existing and current content. There’s also the question of “which ESO DLCs should I buy?”, and that’s a valid query since the game does have a lot out. If that’s the case for you, make Orsinium a priority because it’s well worth it. You get a fantastic new zone, and terrific Orc story-line and some sweet new gear and side quests. From August 8-19, the Orsinium Collector’s Bundle will be discounted, which means you can pick it up for cheap and get all the extras like a Cave Bear Mount and cub. 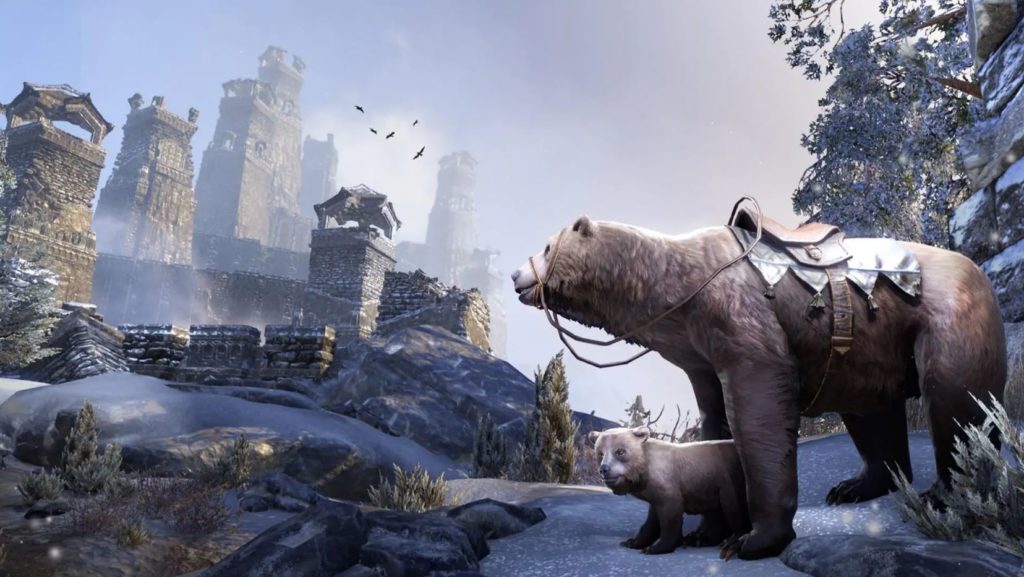 Now for something sinister and exotic, this is the best pick out of all the other ESO costumes on offer this month. Plus, you’re almost bare-chested – which could be important for you. We don’t judge. The Dark Shaman costume will return to the Crown Store on all platforms for a limited time from August 15 to August 19 at 10am EDT. The official description reads: Far from town, temple, and market, those of ill intent meet in secret conclave to importune the forces of darkness for power and mastery. Behold here the dire raiment they don for this fell purpose. 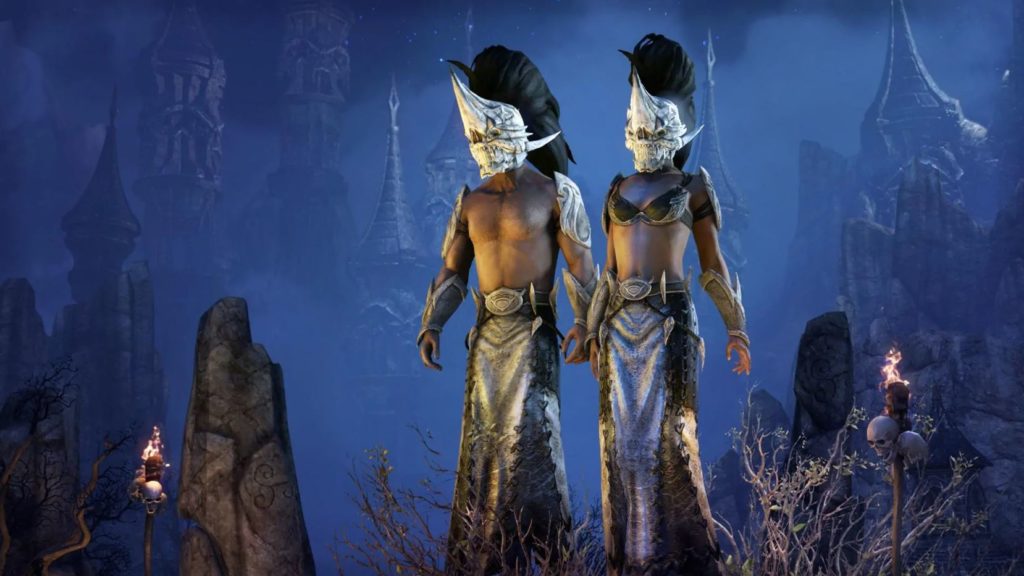 This will be challenging to pronounce. If you fancy yourself dressed in Samurai/oriental themed equpment, then this is the perfect match. The motif will allow you to craft items in the Tsaesci style, provided you have the mats of course. The Tsaesci Motif will return to the Crown Store on all platforms for a limited time, from August 22 to August 26 at 10am EDT. It will also be available as an ESO Plus Deal for ESO Plus members during this time. 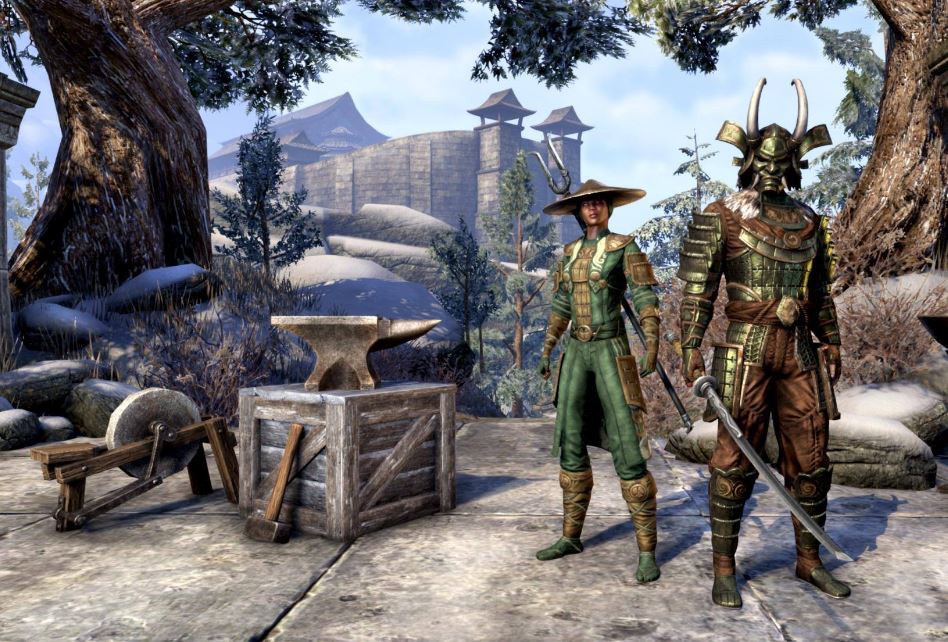 Yes, we’re surprised too. Elder Scrolls Online is selling skill lines now in the Crown Store? When did this happen? Pay to win or no, bet your bottom dollar players will be taking advantage of this. This is very true for the PvP skill lines. There are some handy Alliance war skills that can only be unlocked in PvP which are very useful in PvE. Therefore, if you want those skills but hate PvP-ing in ESO, this is one way to bypass that for good or bad with regard to the game’s monetization practices. 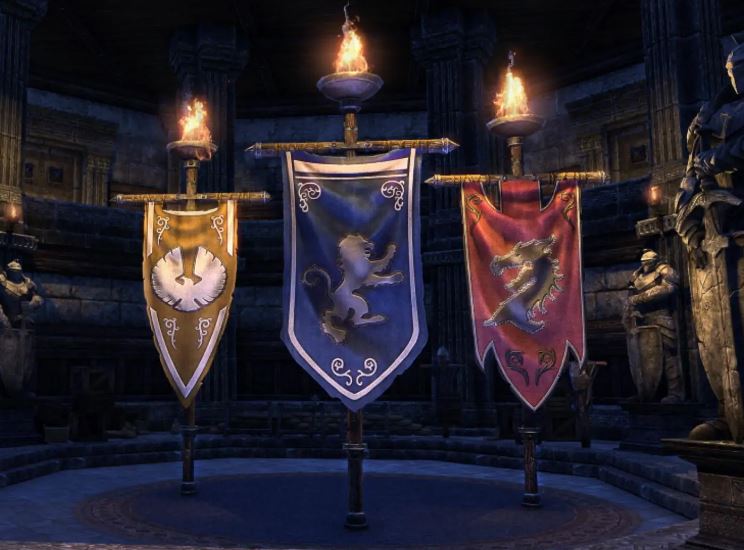 Ever wanted a little puppy for a Traveling Merchant? Of course you do. If you missed out on the last round of cute Khajit house cat merchants, this is a good time to get a pup instead. For those that don’t know or are new, Traveling Merchants are NPCs you can summon anywhere in the world except when in combat or in PvP zones. You can sell your stuff to them for gold. Very handy, but very pricey. They usually go for 5000 Crowns, but my goodness are they such a damn convenience. 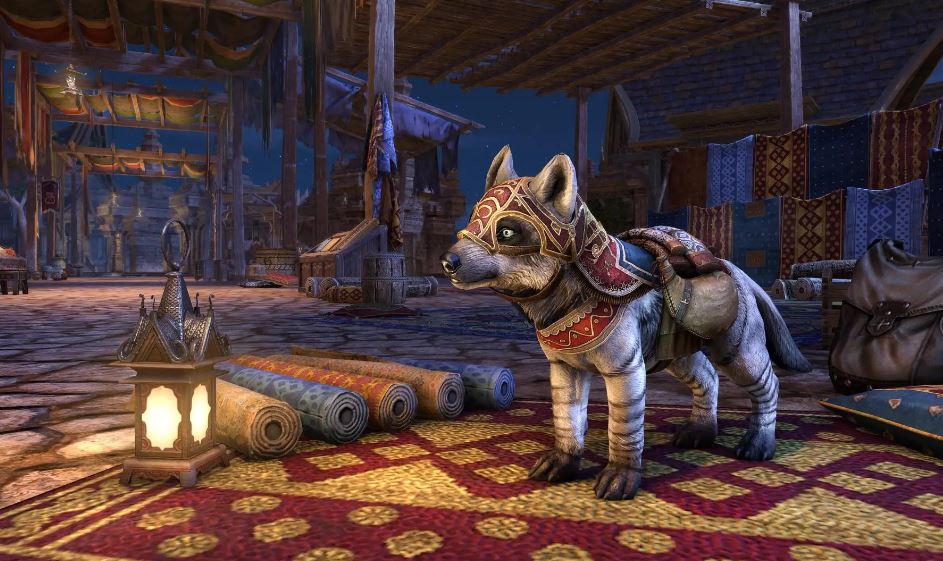