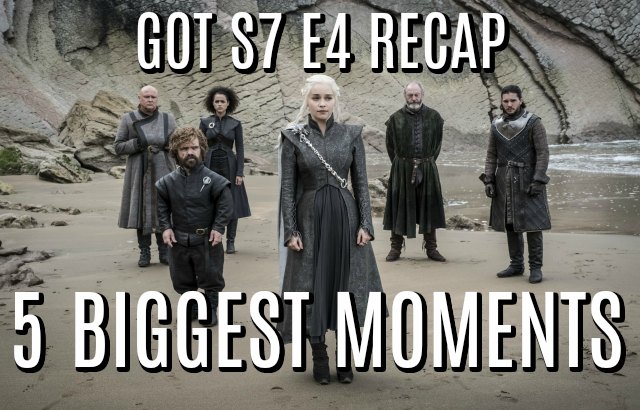 Game of Thrones Season 7 Episode 4, “Spoils of War” is another Stark feel good episode. There’s plenty of reunions, on top of a fantastic battle scene. What were the 5 biggest moments from last night’s episode? This is a spoilerific article. You’ve been warned!

1. Did Jon Snow Bend the Knee? 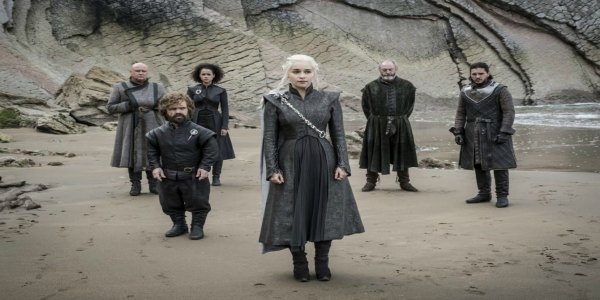 Early in the episode, Jon shows Dany cave drawings beneath Dragonstone. Surrounded by Dragon glass, the Children of the Forest left signs of what transpired many years ago. Alongside the First Men, the Children of the Forest fought the undead together. Jon urges Dany it’s time to help secure the North, as the White Walkers are a very real threat, as the drawings show. She says she will, but only if he bends the knee. Immediately after that scene, we move to the cave exterior. What happened in between? Did Jon bend the knee? It leaves us with more questions that hopefully will be revealed in a future episode.

Another feel good reunion has taken place this episode, with Arya Stark coming home to Winterfell. Sansa and Arya share a subdued moment down in the crypts, remembering the hard times both endured south in Kings Landing. A lot of time was spent with Arya, showing her expertise for sword play in a spar with Lady Brienne, which was excellent. She also meets Bran in the Gods Wood, who gives her the Valyrian steel dagger. Will that be the weapon she uses when the time comes to end her final name on the her list? We hope it’s a big name.

3. The Battle for Westeros Has Begun 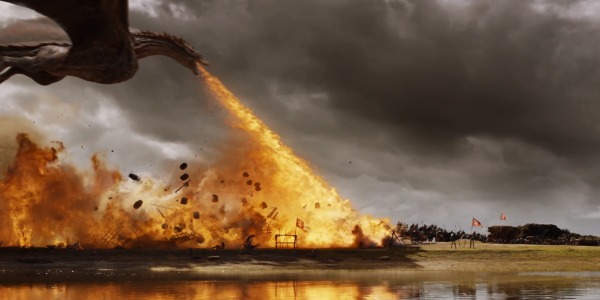 Perhaps the best moments this episode was the gritty war scene that took place between the Lannister army and the Dothraki. As we already know, Cersei needs the gold to repay the Iron Bank. And her raid on the Tyrells was successful. Transporting that loot back however, was not. In a play to end her streak of bad news, Daenerys leads an ambush on the Lannister army, with Dracarys taking the skies and burning everything. It was a glorious five minutes for team Dany, but it also showed us that the dragon ballista works.

4. Chaos Is A Ladder

The subtlest scene of the episode belongs to Bran and Littlefinger. Baelish goes on telling Bran how he must have scene some horrible things on his journey home. Bran cuts him short with one sentence: Chaos is a ladder. The look on Littlefinger’s face was priceless. Why was he astonished? The saying actually comes from Littlefinger himself, in an exchange with Varys way back in season three. What does this scene imply then? Well, as the Three Eye Raven, Bran can see through the bullshit. I’m pretty sure he knows everything that Petr is up to, and in due time we’ll get to see exactly what it is. 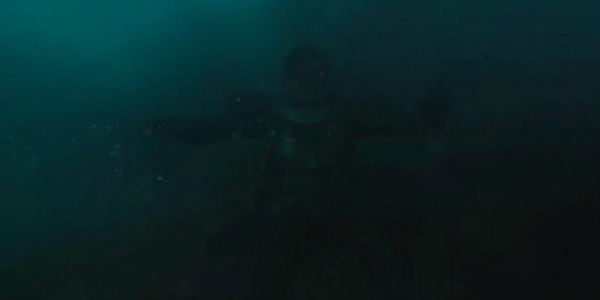 The finale of episode four was a cliffhanger. Jaime Lannister spots the injured dragon and Daenerys, and makes a final charge in defiance. Unfortunately, the dragon was quicker. A second before the firestorm, someone pushes Jaime out of the way and into a nearby river. The episode ends with a shot of Jaime sinking to the bottom. So, is he dead then? We don’t think so. It’s like that Bronn was the savior, with him featuring in the battle as well as being the one who injured the dragon. Also, it would not be satisfying to kill off a principle character without any parting dialogue or pay off. Expect to see Jaime next week.

Game of Thrones S7 Episode 4 is a heating up the season (literally), and we finally get to see a dragon raise hell on the mainland. The action and battle scenes were fantastic, even if the episode was shorter than ever. Let’s hope to see more in episode 5. To read last week’s episode 3 recap, click here.