Nidia Review: Experience it all on browser!

Nidia Review: Experience it all on browser! 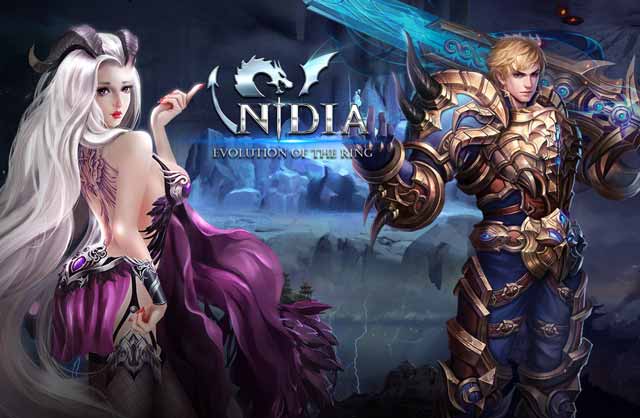 Nidia: Evolution of the Ring is one of the top notch and newly developed browser MMORPG. The official news release was done at 16th November 2016 and was developed by iGameMore. The company and developers were challenged by the idea of next-gen gaming allowing MMORPG loves to experience a high definition graphics and immersion of gameplay; all packed into one single browser.

Gameplay and what to expect.

The game starts of with 3 different classes; the Knight, Mage and the Archer. Though the classes are still pretty generic, it is negligible as the game is only close to a month old. The in-game graphics however is something to be credited for. Each class appears to also have a specialization or upgrade system, giving the stronger skills and greater adaptability to new monsters and environment. While you’re away from keyboard (AFK), the developers decided to give out proper guides as to allow botting or farming to ensure your character develops while you’re busy doing work and such. How nice of them ain’t it?

It’s not just a browser game, it’s the entire package. You got in-game stores should you intend to spends some money and enjoy every bit of the game. PVP is also something to look forward to with the exciting and unique graphics. Each class is able to collect dragons rings and they provide extra perks to your character in terms of stat points and boosts. The rings expire when your character dies or goes offline, prompting players to stay online and use the AFK-botting features.

Mounts and pets, what?!

Yes, even I was shocked that there is a need for mounts in this game. Your mounts evolve! Much like Pokemon, you can feed your mounts with crystals evolving them and making them grow with power. The idea of mounts also shows that this game requires a lot of travelling and although it is still new, the developers have high hopes into expanding their world and creating more beautiful landscapes hosted by mighty and vicious monsters to kill. Who doesn’t love pet system in games? If you ever need a buddy, he’s in your backpack. Pets are not merely appeal much like most games made them seem to be, but Nidia ensures that your pets can look dashing while mighty as a titan. Pet skill books and emblems can be obtained through playing the game, not necessarily limited to spending in-game store points

As far as I can tell, this game is free to play but is a pay-to-win features as of now. The developers are in need of more money to further expand the game and hopefully one day, make it more balanced as to minimize the pay-to-win system. The game is still under alpha test with lots of perks such as daily rewards and buffs.

So what are you waiting for? Saddle up your mount, grab a pet on your shoulder and start your adventures on Nidia! Conquer bosses, dungeons and towns!