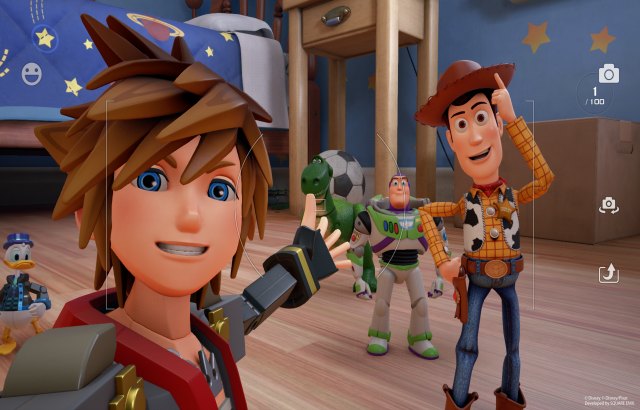 SQUARE ENIX® and Disney are proud to announce KINGDOM HEARTS III, the long-awaited installment in the beloved action role-playing game series, is now available worldwide. The critically-acclaimed game holds an 88 on Metacritic at launch, with Game Informer calling it “a main attraction worth waiting for” and GamesBeat claiming, “Kingdom Hearts is perfect for me.”

Longtime fans and newcomers alike will follow the exciting new adventures of Sora, a young Keyblade wielder tasked with protecting the universe from an evil force known as the Heartless. Sora, helped by his loyal companions, Donald and Goofy, who are emissaries sent by King Mickey from Disney Castle, will team up with other iconic Disney and Pixar characters in an attempt to defeat the darkness and save the universe.

KINGDOM HEARTS III is now available for $59.99 on the PlayStation®4 computer entertainment system and the Xbox One family of devices including the Xbox One X. In KINGDOM HEARTS III, Sora joins forces with Donald Duck and Goofy, two emissaries sent by King Mickey from Disney Castle, to stop the Heartless and fight the Disney villains working with them, like Maleficent, Pete and Hades. Harnessing the power of positivity and friendship, Sora and his friends must overcome tremendous challenges and persevere against the darkness invading their worlds.