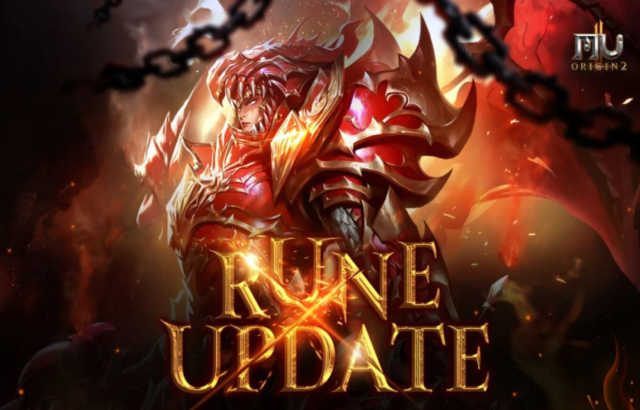 Webzen has released today the latest 5.0 update of its mobile MMORPG MU ORIGIN 2.

MU ORIGIN 2 brings a whole new system into its latest update, the Rune system, which offers a new equipment slot that enhances both attack and defense skills. The Rune feature is unlocked to the players who are over level 280, and it can be acquired either by defeating monsters in the Abyss or by drawing items.

Moreover, Season 21 of the Abyss begins today with new content updates. Abyss Altar content has been included, and warriors can now defeat Abyss Boss Monsters to seek treasures containing exclusive items. Also, the Elemental Elite Monsters are now in the Abyss world and they possess special items that can boost your elemental properties.

In addition, the Guild Battle in both World and Abyss map is renewed to provide players with even more fun. The battles are now done in a tournament format, so guilds can compete with each other with even more intensity than before. Join a guild to experience the renewed battles and earn special rewards.

Last but not least, other new contents such as a new map, Guardian Pets, and more are included in this update. For more details, watch the 5.0 Update Trailer, available now on the official WEBZEN YouTube channel: https://youtu.be/NRGWLibn3r4

To learn more about MU ORIGIN 2, players can visit the official website: http://muorigin2.webzen.com/ and discuss the game or participate in the latest events and giveaways on the official Facebook page: https://www.facebook.com/MUOrigin2Global/