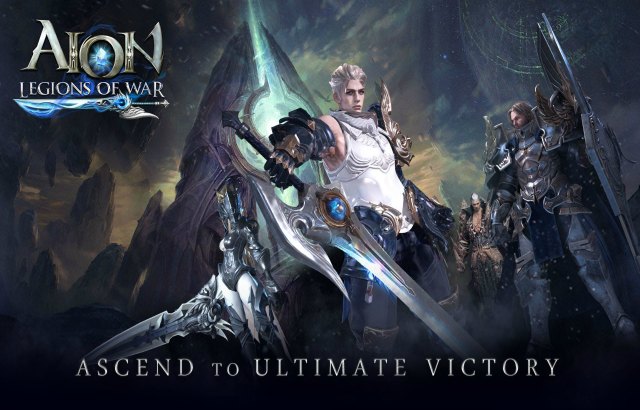 NCSOFT’s latest mobile MMORPG Aion: Legions of War will launch globally on 24th January. The game puts players in the midst of an epic fantasy conflict, where a practically endless choice of party combinations, attack abilities and equipment are combined with top-quality visuals for an unparalleled RPG experience. Aion: Legions of War will be available on the App Store and Google Play as a free download with in-app purchases, and beginning today, fans can pre-register and get special launch-day rewards by visiting www.aionlegionsofwar.com.

“With 20 years of history as a leader in the MMORPG space, including the runaway success of Lineage M in 2017, NCSOFT has set a high bar set for creating a mobile game based on its top franchises”, said Justin Kubiak, vice president of mobile publishing. “Later this month, players will finally get to experience the results of our RPG pedigree with high-powered graphics that redefine what mobile games are capable of”.

Created by the original Aion development team at NCSOFT’s headquarters in South Korea, Aion: Legions of War is a narrative-driven RPG that exudes depth of gameplay with MMO-level complexity. As players build up their collection of heroes, they will find over a billion combinations to bring into battle across a wide range of challenges, including PvP and Guild Dungeons. All of the intense action in Aion: Legions of War is presented in standard-setting high definition 3D graphics that push the limits of what’s possible on mobile devices.

Expansive details about the game modes, characters, world, and lore of Aion: Legions of War will be releasing on the game’s website: www.aionlegionsofwar.com. Gameplay livestreams, and information on how to play can be found via the official Facebook and Twitter pages. Aion: Legions of War will be available to download worldwide from the App Store and Google Play on 24th January.