Neverwinter: Everything You Need To Know About the Returning Echoes of Prophecy Battle Pass

Neverwinter: Everything You Need To Know About the Returning Echoes of Prophecy Battle Pass 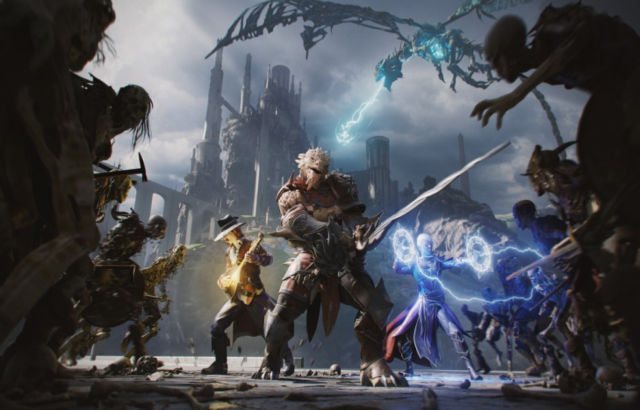 Cryptic Studios have announced that Neverwinter’s 21st module, Jewel of the North, will receive a free battle pass, Echoes of Prophecy. Starting with the first milestone launching on PC and consoles on October 1, adventurers will experience an evolving campaign across the three milestones which mark the mysterious return of the Cult of the Dragon, an evil organization that venerates dragons. In addition, each milestone features unique content, including new story content, enemies, rewards and more. The second milestone will launch on all platforms on November 1, and the last milestone launches on all platforms on December 1.

In Echoes of Prophecy, rumors of oddities in the Weave have spread from the frozen north of Icewind Dale to the sweltering southeastern Dambrath as the Cult of the Dragon has made a return to the city of Neverwinter. Alongside the legendary Sage of Shadowdale Elminster Aumar and the gathering factions forming the Shield of the North, players investigate this mysterious phenomenon and search for answers in hopes of bringing peace to Faerûn once more.

The epic campaign for Echoes of Prophecy will take place over three unique milestones. With the first milestone launching on PC and consoles on October 1, adventurers start their investigation of the Cult of the Dragon’s return and confront the cult’s powerful priests to stop their plans. The remaining milestones evolve the story of Echoes of Prophecy as players continue to uncover details behind the cult’s return and why there are strange new alterations to the Weave.

Along with new story content and challenging enemies, each milestone will bring limited-time rewards, including new mounts, cosmetic items and emotes. For every milestone, adventurers will automatically unlock free, unique rewards by logging in, playing through the campaign and completing repeatable quests. Additionally, players can purchase the premium battle pass to earn additional rewards.

Neverwinter is a free-to-play action MMORPG featuring fast-paced combat and epic dungeons. Players explore the vast city of Neverwinter and its surrounding lands, learning the vivid history of the iconic city in the Forgotten Realms and battling its many enemies. Neverwinter is available on PC and is free to play digitally on Xbox One (Xbox Live Gold membership not required) and PlayStation®4 (PlayStation®Plus not required).