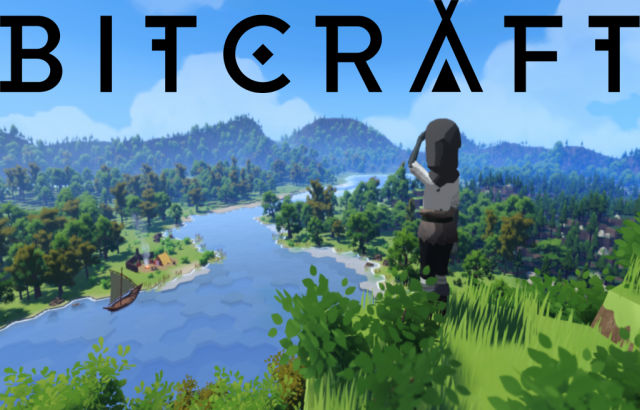 Clockwork Labs, a new independent fully remote game development studio, today revealed key details about BitCraft, their cross-platform debut Community Sandbox MMORPG that will be available on PC first. In BitCraft, players can create their own legend as solo adventurers or work together with others to build a new civilization in a single, editable wilderness with an ancient past.

The player’s journey begins upon awakening in this single mysterious and gigantic world, where all players co-exist together. The choice of what to do next is entirely up to the player with gameplay that emphasizes building, hunting, crafting, farming, trading, and exploring. From uncovering ancient ruins and artifacts, to discovering the diverse flora and fauna of the world of BitCraft, to cultivating a sheltered village with friends, or establishing impressive cities, BitCraft offers unparalleled freedom and long-term character progression which enables players to create their own stories and write the new history of this world.

Become a farmer, an adventurer, a city builder, a trader, a merchant or simply forge your own path in BitCraft. The choice is yours.

Clockwork Labs today announced that the start of the Pre-Alpha tests for BitCraft will begin this fall. Sign-ups for the test are now open on the official website at https://bitcraftonline.com/. Tests will be conducted in waves, with a goal to gather initial player feedback and to test several core mechanics of the game. The Pre-Alpha will initially be available on PC. More announcements on the Pre-Alpha will be made shortly.

To coincide with the launch of the Pre-Alpha sign-ups, Clockwork Labs today released the first trailer for the game, which is fully recorded in-engine and provides the first look at BitCraft’s enchanting world. Check out the trailer below.

“BitCraft is an MMO community sandbox game which takes place in an enormous, fully editable, procedurally generated landscape all hosted in a single unsharded world, providing players with an unparalleled level of creativity and depth,” said Tyler Cloutier, co-founder of Clockwork Labs. “It’s a game that puts emphasis on cooperation over combat within our ever-expanding world, a core value of our gaming ethos at Clockwork Labs.”

“We’re delighted that players can now sign-up for the Pre-Alpha of BitCraft,” said Alessandro Asoni, co-founder of Clockwork Labs. “This is a truly ambitious MMO, which focuses on letting players play how they want to, rather than hand-holding them through content. You can cultivate a cozy village, run your own intricate farm, or be part of a much larger empire of connected cities. The ownership of what this world becomes is truly in the hands of our players.”