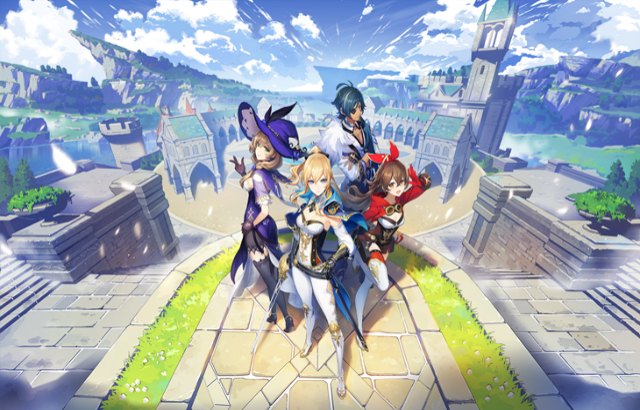 Interactive entertainment developer and publisher miHoYo announced today that its open-world action RPG title, Genshin Impact, will launch its Final Closed Beta on July 2, 2020. New to this beta is a cross-platform co-op mode, which allows players to team up with friends from across PlayStation®4, PC, and mobile for a more diverse range of adventures.

Genshin Impact is an open-world action RPG title set in the expansive fantasy world of Teyvat. It offers a lively open world, a variety of characters, element-based combat and exploration, and an engaging story. Players take on the role of the mysterious “Traveler,” who sets off on a journey to find their lost sibling and ultimately unravels the many mysteries of Teyvat in addition to their own.

During the beta, players will be able to explore Mondstadt and Liyue — two of the seven major cities in Teyvat — as well as the vast surrounding landscape full of creatures to encounter, enemies to fight, mysteries to solve, and hidden treasures to find. Players can build their four-person party from a wide range of playable characters, using their varying combat styles and elemental abilities to overcome different obstacles in the world. By switching characters in combat, players can experiment with elemental combos and master the art of striking down enemies with powerful chain reactions.

The Final Closed Beta will see Genshin Impact arrive on PlayStation®4 for the first time. In co-op mode, teams of up to four players from across PlayStation®4, PC, and mobile will be able to hunt down monsters and delve into dungeons together, employing strategic combinations of skills and elements in battle.

Developed by miHoYo, Genshin Impact is expected to be released in 2020. The Final Closed Beta will begin on July 2 on PlayStation®4, PC, and mobile. For more information and updates, please visit Genshin Impact’s official website (genshin.mihoyo.com) or follow @GenshinImpact on Twitter, Instagram, and Facebook.