RuneScape's 20th Anniversary Celebrated With Year-Long Storyline: Once Upon A Time 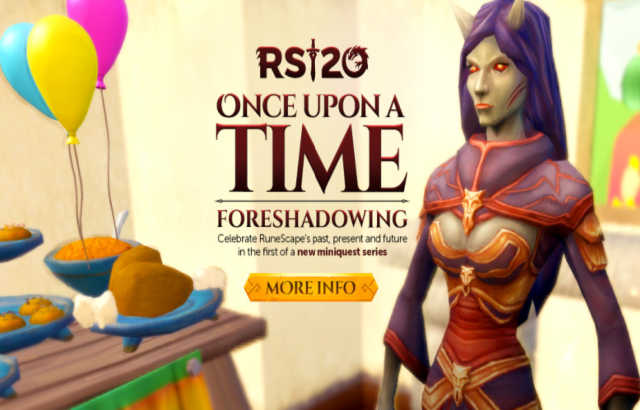 As part of RuneScape’s programme of 20th anniversary-themed content, the first instalment of ‘Once Upon A Time’, the living game’s multi-part anniversary storyline, launches in-game today.

Titled ‘Foreshadowing’, it begins a celebratory adventure that will run across the entire year and sees players journeying through the living game’s past, present and future as the story unravels.

In Once Upon A Time: Foreshadowing, players will meet both allies and antagonists who will establish the story’s themes and plot. Players will encounter Relomia, emissary of the now deceased Sliske, as she attempts to find her place in a world without her idol and long-time players will recognise a few familiar faces as her adventure unfolds.

While RuneScape has already received more than 1,000 game and content updates in its two decades, 2021 is packed with 20th anniversary excitement and much more for both RuneScape and Old School RuneScape. Learn more about RS20 today at https://www.runescape.com.