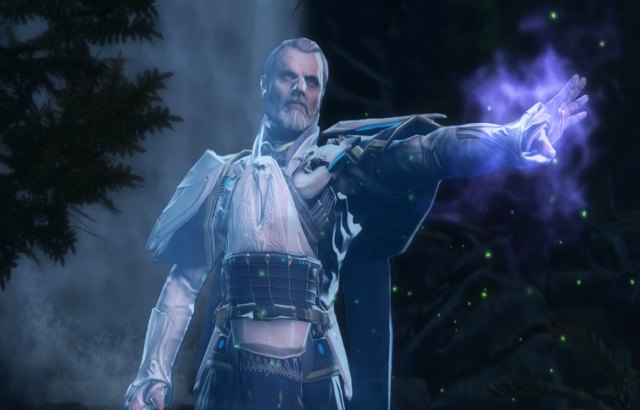 With SWTOR announcing some exiting things like a return to a Sith vs Jedi storyline in the upcoming December 2018 update, we decided to jump back in and replay the game to see what’s different. While not much has drastically changed, there are things that need improvements. Here’s some suggestions.

SWTOR can probably be played with one eye closed if all you’re doing is playing through the main story chapters for both class and the newer expansions. Gameplay has been streamlined so much that compared to launch 7 years ago now, leveling and finishing up content solo has become a walk in the park and the norm. Boss fights in story instances aren’t a threat since your companions can pretty much overcome them with minimal help, and the overall feeling of the game is that it’s focus seem to be entirely on the store, rather than tweaking these gameplay annoyances.

Should SWTOR be harder? I think so. Finding the right balance is crucial, and to be fair they do have multiple difficulty versions of things like Story chapters for those that want a challenge. But what about new MMO players to the game who want that classic feel while leveling through all the classic planets? XP rates are so dumbed down that you can in-fact, skip all side quests and just do the main story to get to the level cap. 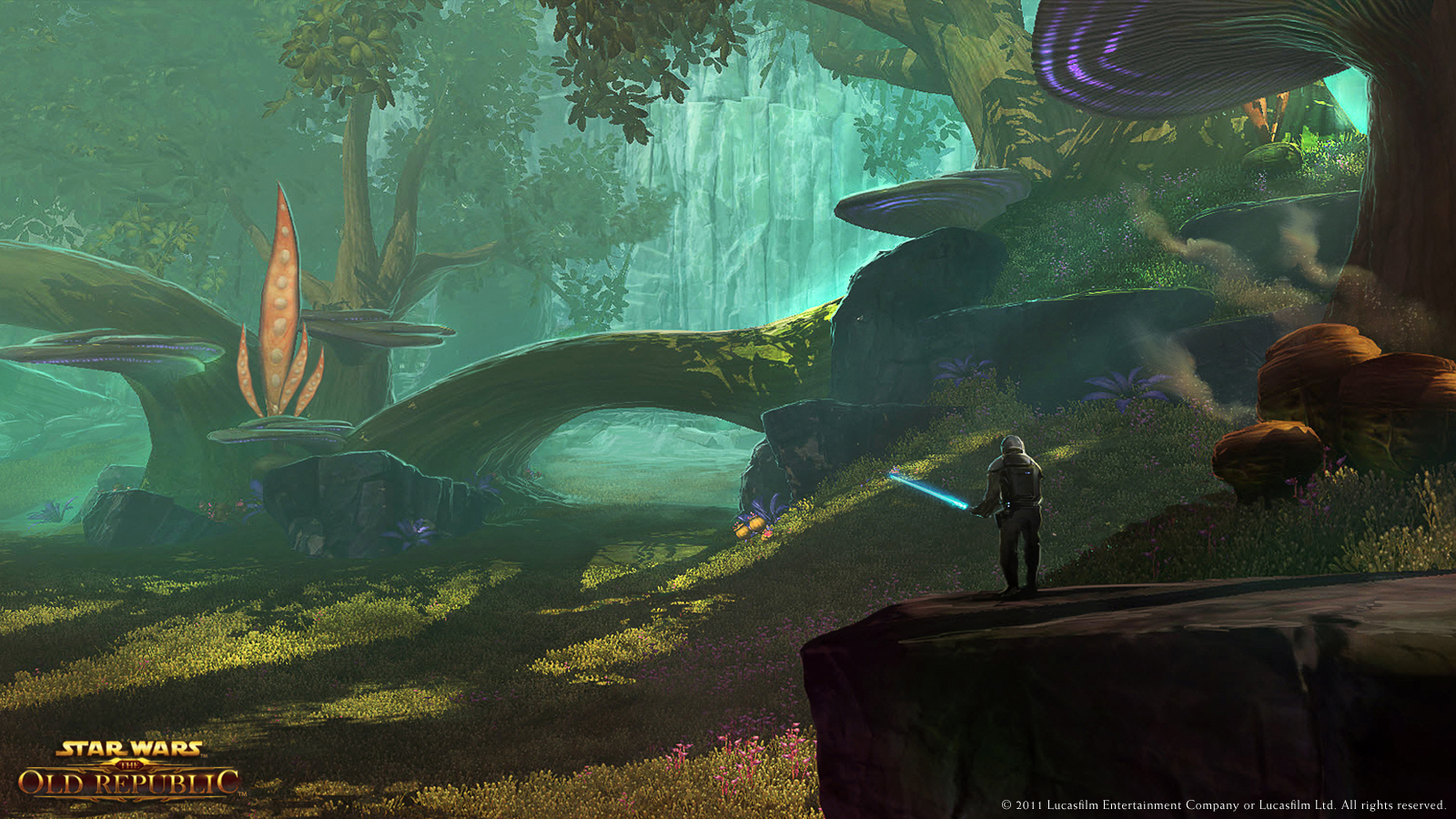 This one’s sort of new. SWTOR’s new end-game progression mechanic for level 70 – the max level – players are something similar to Elder Scrolls Online’s Champion Point system. Once at the cap, daily activities like Heroics, Flashpoints, Starfighter, PvP and even Chapter Stories all reward Galactic Command XP, or CXP for short. Every time a player fills up that XP bar and level up, they earn a new Command Rank. However, instead of earning something tangible to grow your character with, like a point to put into better stats, or guaranteed reward like currencies to get gear, you instead get a load of RNG.

Every new rank gives you a CXP Loot Crate that has its own interface and opening crates are totally based on luck. You could get most junk, featuring items that can be deconstructed on the spot to gain a slight chunk of more CXP, and in some instances you get CXP bonus consumables as well. In the best case scenario, you could get some nice gear but good luck with that, you have over 300 ranks so that’s 300 RNG boxes to try getting a full set of end-game gear. The grind up the ranks will also be painful, since there isn’t much new to do in SWTOR regularly. Overall, this entire post cap progression system needs a revamp, and fast. It’s not the only way to get end-game gear thankfully, as there’s still crafting and raid Operations that probably has the BiS gear you want. 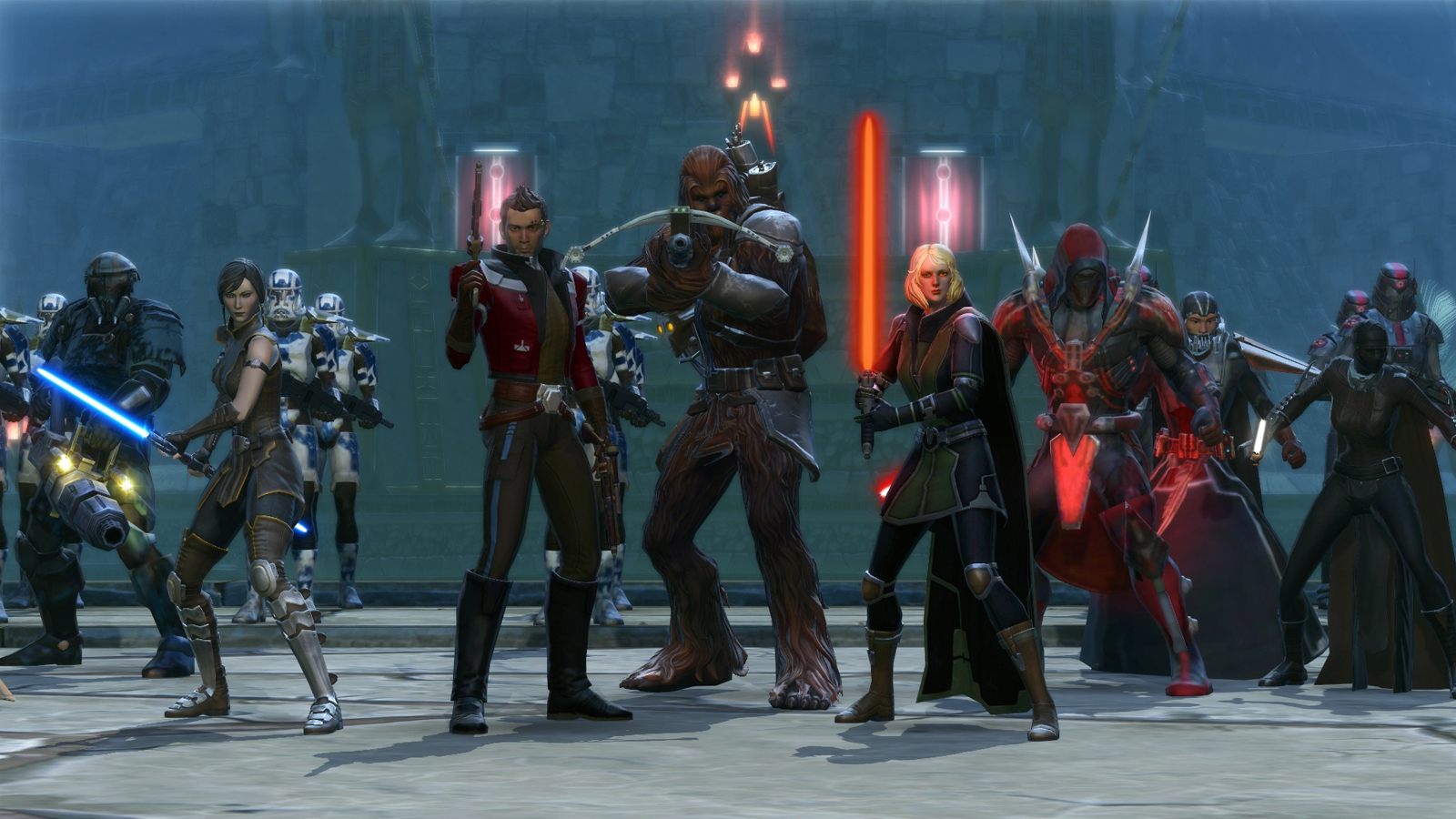 Personally, I think the game makes more money from loyal subscribers and from the Cartel Market cosmetics, that they don’t need to pay wall new players anymore in 2018. Get rid of them. What are the current barriers? There’s no customization options that lets you hide your helmet, show titles and flairs or unify colors. There’s also limited hotbars for skills which is rubbish. The good news is all the 8 class stories are free until level 50 which is nice, but at this point SWTOR can definitely ease up and give new players a less restrictive look at the game. By dropping these restrictions or letting players unlock all of them for a one time/one month subscription price would be the way to go. One of the most frustrating things about SWTOR for all players is just how far they’ve strayed from its MMO roots. Yes it’s unmistakably and online game shared with hundreds of other players, but recent content especially for story does little to encourage players to play together. Take for example, the Knights of the Eternal Throne and Eternal Empire expansions. You can play with another player through the chapters, but you’ll have to do it twice – once to play with a friend to get their chapters done, and once for yourself to get yours done. Completion of the chapters don’t count if you joined another player’s story. That’s totally backward design and needs a fix moving forward.

Luckily, other aspects of this MMORPG is still trudging along but barely. Operations (raids) and other group content are still being developed and released which is good news, but SWTOR needs to focus on the total MMO package if they want more than just Star Wars fans to play the game for the long haul. 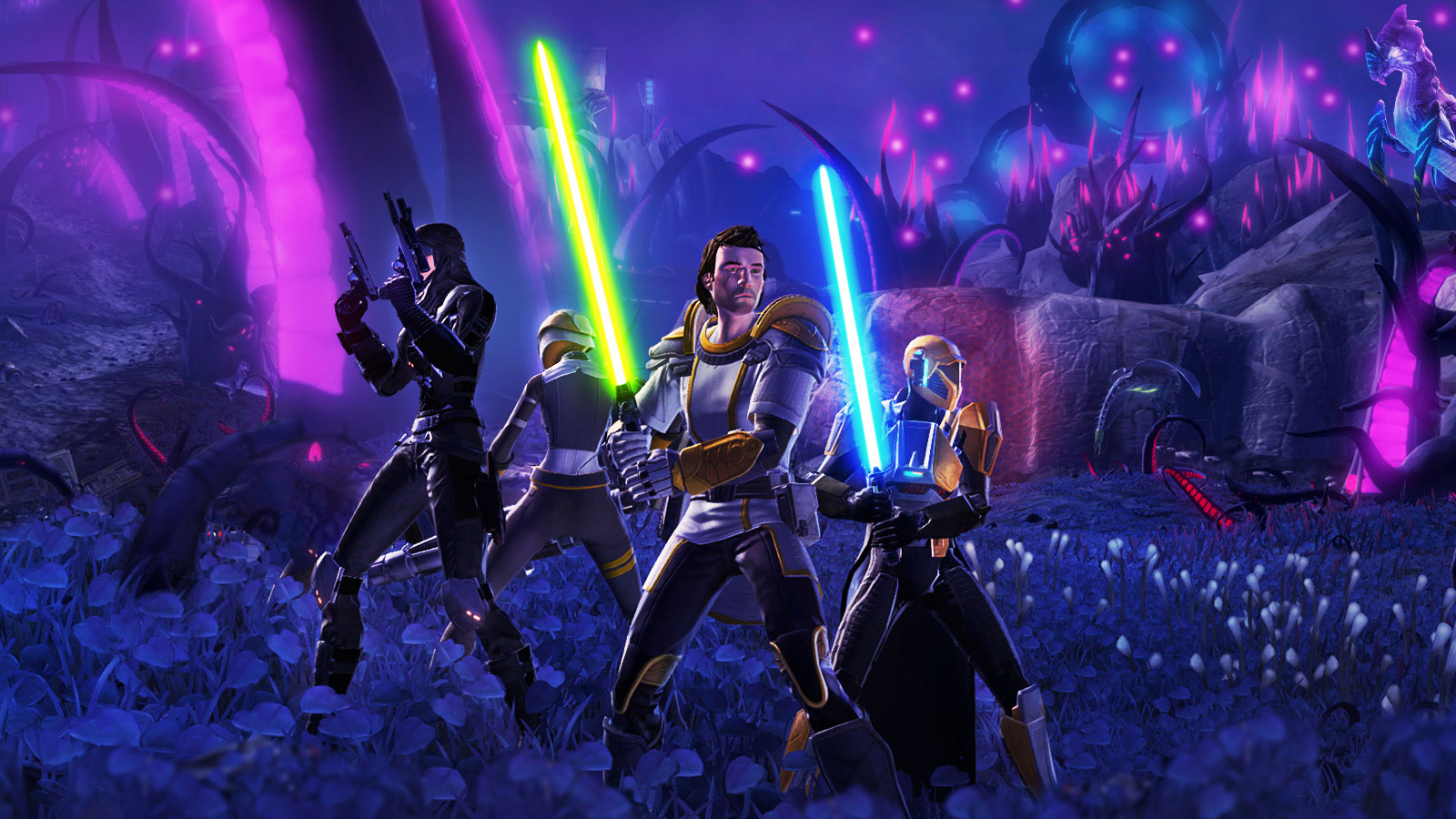 Finally, on the social media front, Star Wars: The Old Republic is pure business, dollar and cents. While other MMORPGs and MMOs use their Facebook and Twitter pages for a less direct platform to market the game, SWTOR almost exclusively uses it for selling Cartel Shop items. It’s not just downright unappealing to potential players and Star Wars fans, it’s also pretty gross, considering where we are in 2018 with all the negativity surrounding EA and micro-transactions.

But Bioware and SWTOR can redeem themselves with better use of their social media platforms, beginning with taking advantage of Twtich. Twitch has become a fantastic avenue for MMORPGs, their developers and players to interact, share and also attract an audience, which can translate into new players. Elder Scrolls Online does this superbly, with plenty of Twitch Drops available to reward both its streamers and audiences, with items in-game that aren’t pay to win. It’s a nice touch as does a lot to show that SWTOR gives back, as opposed to just asking players to visit its cash shop. 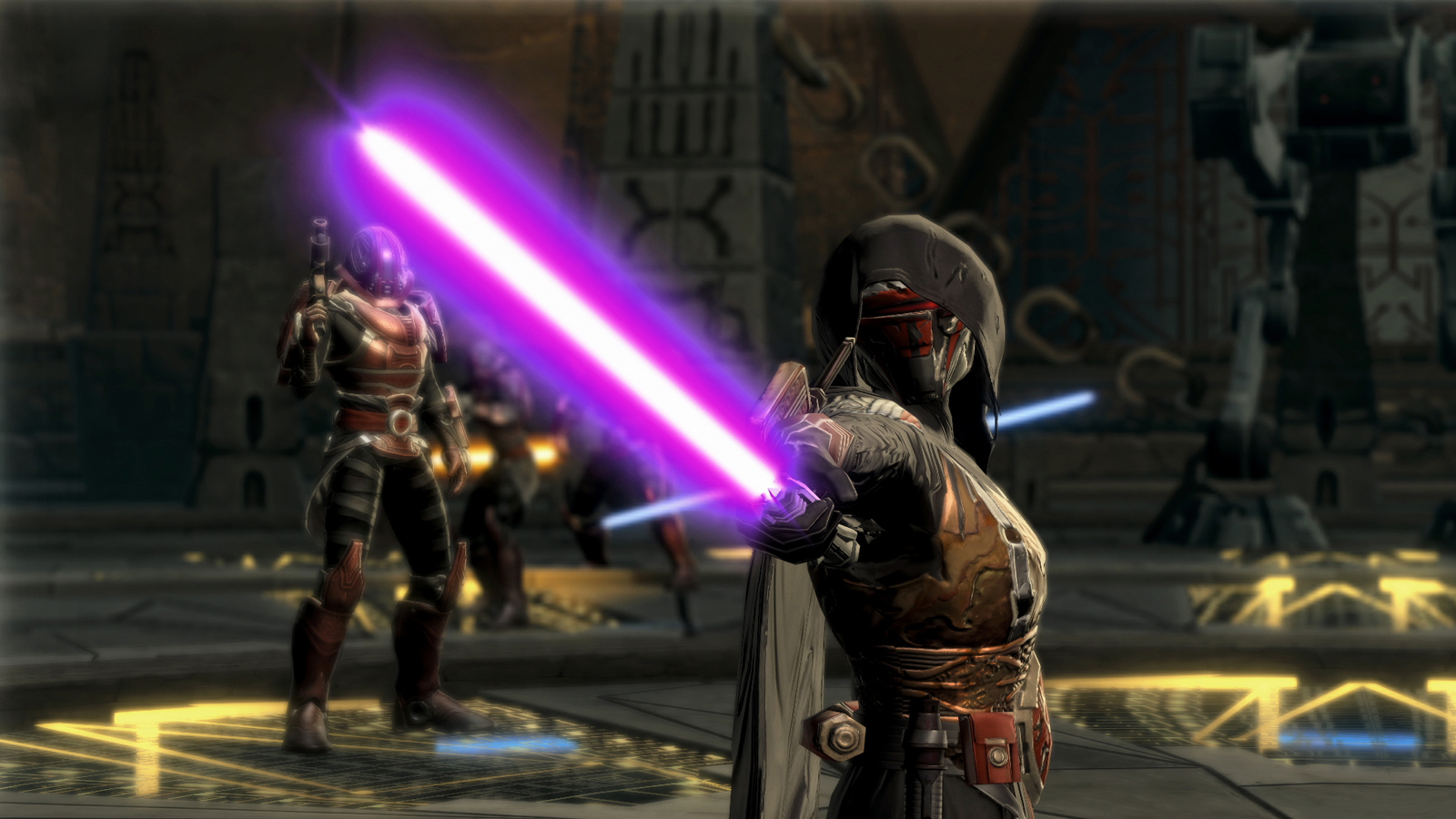