Blood of Heroes To Begin Open Beta on August 26

Blood of Heroes To Begin Open Beta on August 26 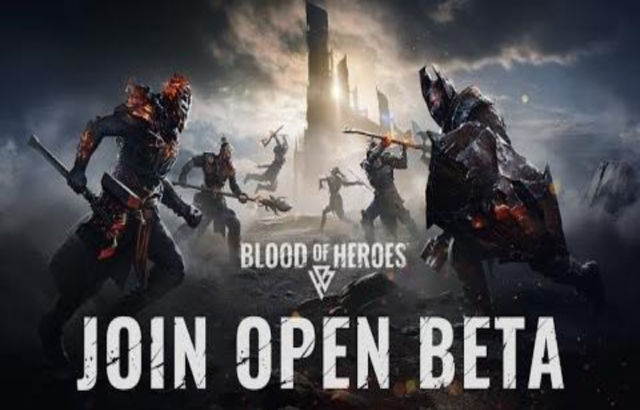 Developer Vizor Games is happy to announce the Open Beta of their melee combat title Blood of Heroes. The game will open its gates to a grim, unforgiving world of endless PvP battles on August 26th on PC. Players can already sign up for Beta access on the website before it launches later this month. Blood of Heroes focuses on glorious warriors, the heroes of the borderline world, blessed and cursed to eternally fight each other in their infinite quests for glory. Each of them is unique, featuring distinct weapons and abilities. Every player will find the right hero who suits their playstyle, whether they want to focus on their own killing sprees or help their teammates survive through cunning tactics, magic, or pure power.

To unveil the full potential of its heroes, Blood of Heroes features a deep and unique combat system that pushes players to hone their skills in battle. Find the right moments to attack or counter, plan strategically and punish their opponent’s mistakes. To do so, the game uses a wide variety of battle mechanics, from resilience to magical abilities, all of which are balanced to ensure that it is the warrior’s skill that will ultimately determine the champion.

The game features both duel and team game modes, each providing a unique gameplay experience. A duel poses the ultimate skill challenge, with no luck, no mercy, and no teammates to rely on. Moreover, duels take place in players’ personal arenas that can be improved and customized with resources earned in battles. Warriors can change the weather, display giant monster heads that gaze upon the battleground, or even affect the gameplay directly with arena cores which can shift the entire landscape. Personal arenas are a perfect way to showcase experience, might, and glory, and can provide a distinct psychological advantage in duels.

Additional game modes include Brawl and Domination – brutal team modes that take battle intensity and strategy to the next level and are best played with friends. Brawl is an unforgiving 3vs3 team deathmatch, where team synergy often overshadows and outplays the personal skill of single warriors. Domination is an epic tug-of-war conflict between two teams of 5 players each. Only the ones who excel at keeping the fragile balance between blind rage and tactical thinking will claim victory.

During its Closed Beta stage, Blood of Heroes development team scrupulously collected player feedback, adjusting their internal roadmap in accordance with the wishes and expectations of the community. As Dmitry Voronov, Game Director, puts it: “Our aim is to introduce a variety of new content and quality-of-life improvements into the game. For instance, friends can now challenge each other via ‘Duel with Friend’, and test their strategies together before unleashing their newfound combat style onto other players. Playing with friends, either in duels or in team modes, adds a whole new dimension to the game, therefore we strongly recommend you grab a couple of your buddies and crush the opposing team together. In addition, we’ve also introduced a whole lot of balance changes, as well as new abilities, special moves, and animations for heroes. Now every hero truly feels and plays like no other.”

Blood of Heroes is a free-to-play game, interested players can now register at http://www.bloodofheroes.online/. Be the first to hit the battlefields on August 26, when the gates to the Beta on PC open. Vizor Games will also be bringing Blood of Heroes to PlayStation 4, PlayStation 5, Xbox One and Xbox Series X at launch.

Blood of Heroes is playable in English, German, French, Russian, Polish, Spanish, Portuguese, Turkish, and Italian. Follow the game on YouTube, Twitter, and Facebook to stay in tune with all of its hottest news and info.