Genshin Impact: Get The Breakdown Of What's Coming With Version 2.1

Genshin Impact: Get The Breakdown Of What’s Coming With Version 2.1 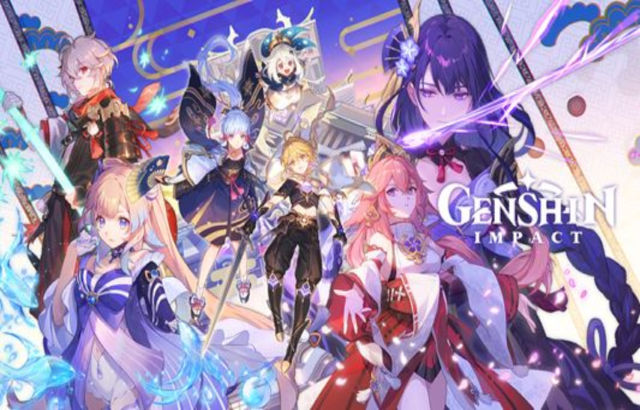 MiHoYo announced today that Genshin Impact’s Version 2.1 update, “Floating World Under the Moonlight”, will be arriving on September 1, 2021. The update continues to add new content and gameplay to the recently released Inazuma area, including two more major islands, three new playable characters, and a grand finale to the main story in this turbulent nation. Meanwhile, fans and players also have a chance to receive abundant rewards in a series of seasonal events to celebrate Genshin Impact’s first anniversary, as well as receive the crossover character Aloy for free.

Genshin Impact is a free-to-play open-world action RPG that brings players to the visually stunning world of Teyvat. The player takes on the role of the mysterious “Traveler,” who sets off on a journey to discover the fate of their lost sibling and unveils the mysterious secrets of Teyvat along the way. Currently, players can explore Mondstadt, Liyue Harbor, and Inazuma, three of the seven major cities in Teyvat, each with unique cultures, stories, and vast surrounding landscapes, and offering a diversity of creatures, monsters, secrets, and hidden treasures for players to discover. Further cities, stories, characters, and seasonal events will be released as the game progresses. 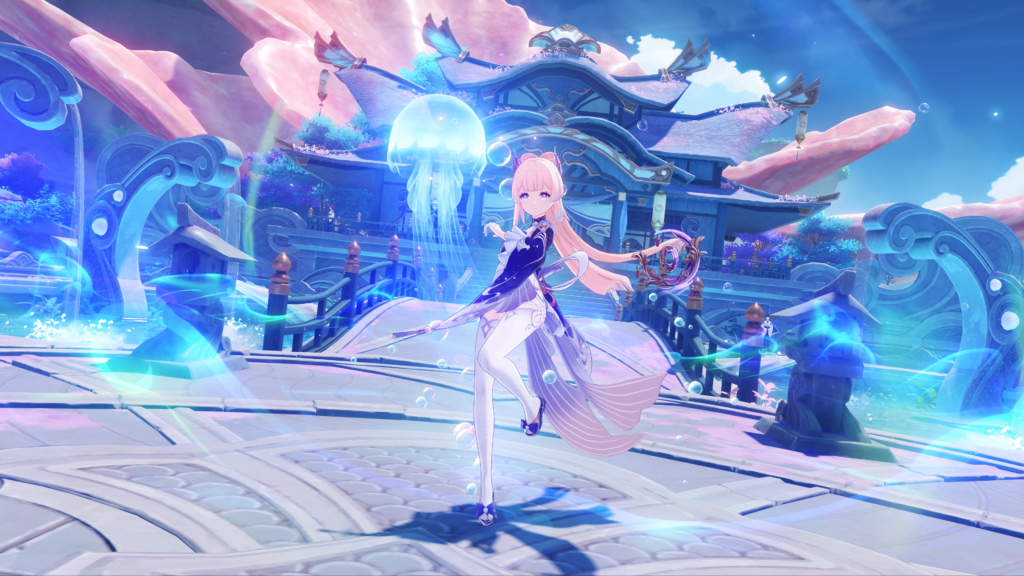 Following the massive expansion released in Version 2.0, the main storyline revolving around the Traveler, the Electro Archon, various factions, and the people of Inazuma will come to an end in the final chapter of Inazuma’s Archon Quest with Version 2.1. As the story unfolds, players will be able to visit Watatsumi Island, home to the resistance forces with beautiful dreamlike scenery, and Seirai Island, a place of desolation shrouded in perpetual storms. More boss enemies, including the Hydro Hypostasis, Thunder Manifestation, and the new Trounce Domain Boss Signora also await players ahead.

Meanwhile, three important Inazuma characters Raiden Shogun, Sangonomiya Kokomi, and Kujou Sara will be joining as new playable characters. Story Quests for the Raiden Shogun and Kokomi will also be available. The Raiden Shogun will be joining as a five-star Electro polearm user who can deal massive damage and provide helpful buffs to the team. Sangonomiya Kokomi, the Divine Priestess of Watatsumi Island and leader of the resistance forces, will be joining as another five-star character. Wielding the power of Hydro and a catalyst, she can provide a great amount of healing to teammates. Last but not least is Kujou Sara, the bold and decisive general of the Tenryou Commission loyal to the Shogun. She can deal solid Electro ranged attacks with her bow and provide buffs to her teammates.

Outside Inazuma, the Moonchase Festival is coming in the following season. This is a time when friends and families in Liyue gather around, make a toast, and enjoy local delicacies every autumn. During the festival, players will reunite with Keqing and Xiangling, cooking and tasting local foods and recipes, and explore the origins of this ancient traditional festival in Liyue Harbor. Those who’re fond of treasures will be glad to embark on a big treasure hunt across Liyue, Mondstadt, and Dragonspine in the Moonlight Seeker event. By participating, players can get rewards and exchange for useful resources, including the new four-star claymore Luxurious Sea-Lord to max refinement. In addition, players may also claim in-game rewards and up to 10 Intertwined Fate in the new daily login event.

Fishing will also be introduced with Version 2.1. Players can soon go angling for a variety of fishes across the continent of Teyvat, and they can be used to produce fish meat, or exchanged for rewards and new fishing rods from the Fishing Association. With the Pool of Sapphire Grace, a new furnishing added to the Serenitea Pot system, players can also raise Ornamental Fish in their personal realm. 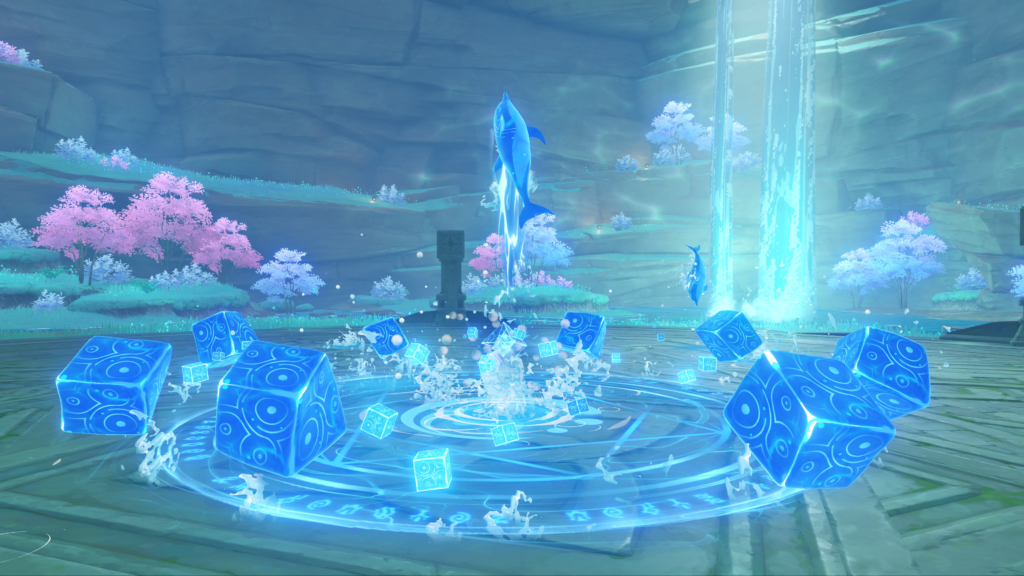 Genshin Impact’s Version 2.1 update will be arriving on September 1, 2021. With the cross-save function, players can now continue their adventure across PlayStation®, PC, and mobile. Players across all servers will also have their Double Crystal bonus reset with Version 2.1. The game is available for download on PS4 and PS5 from the PlayStation™Store, on Android from Google Play, on iOS from the App Store, and on PC from Epic Games Store or the Genshin Impact official website (genshin.mihoyo.com). First released in September 2020, the game has been rated T for Teen by ESRB on PS5, PS4, PC, and Google Play, and 12+ on iOS. For more information and updates, please visit the official Genshin Impact website (genshin.mihoyo.com) or follow @GenshinImpact on Twitter, Instagram, and Facebook.